How to Get Your Social Media Posts Indexed by Google 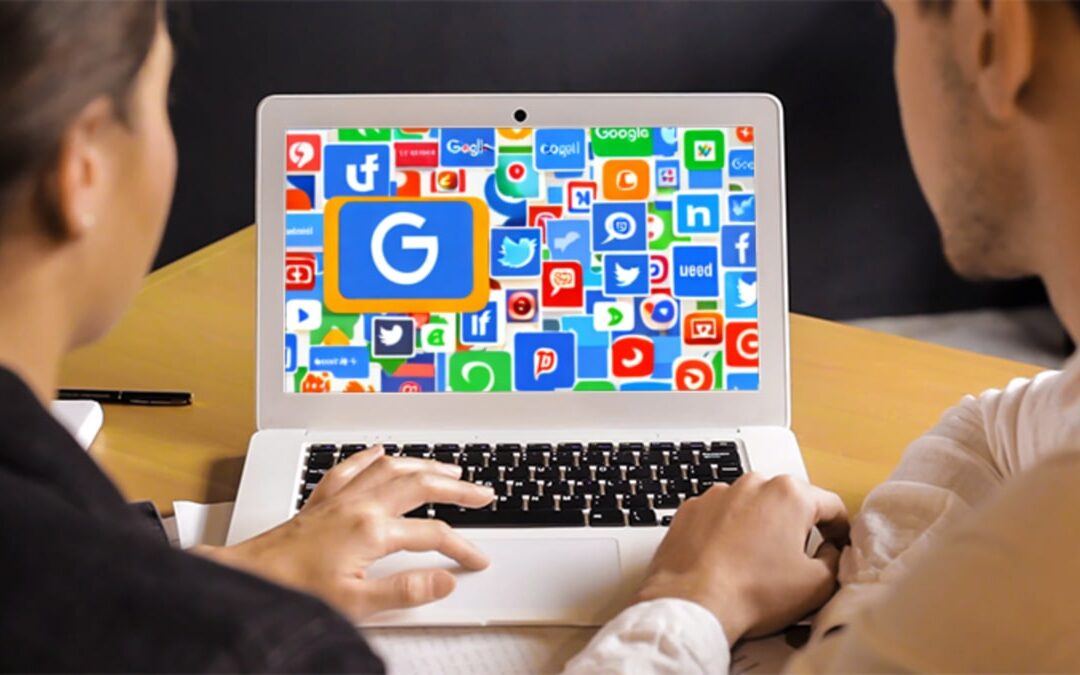 If you’re in charge of SEO or social media for your business, I hope you’re aware that Google now indexes your social media posts. Google monitors the biggest social media platforms, from Twitter and Facebook to TikTok and Instagram.

In this blog post I look at how you can get your social media posts indexed by Google,

Google indexes social media posts to keep people on its platform and give users information that is useful to them.  Now, you can index your social media posts in order to rank higher in Google searches and generate more sales and revenue.

But what does indexing mean? How can you use it to get more views, traffic, and engagement? We’ve cracked the code. Keep reading to find out how to use Google’s post indexing to get the most out of your social posts.

What exactly is Google doing when it indexes something?

What is Google crawling? Google will pull results from social media sites like Facebook and Twitter based on what you search for and then show you anything it thinks is relevant to your search, from Facebook pages to tweets themselves.

As Google continues to add social media to its search results, social media will have a huge effect on rankings and visibility.

Google is making changes to how its platform is used and wants its users to see results from Facebook, Twitter, Instagram, TikTok, Pinterest, and other platforms instead of just websites. By indexing social media posts, Google’s goal is to remain the best search engine for all generations, even those who use social media for most of their searches.

Indexing social media posts simply means that Google crawls your social media sites (much like your website) for keywords, themes, and content. When people search for something, like “Best Pizza in Coventry,” their search results will include Yelp reviews that mention best Pizza in Coventry, Instagram posts from restaurants that rank for the key phrase “Pizza Restaurant” and a Twitter thread about Coventry’s best places for Pizza.

Even though things don’t look exactly like that right now, we think that’s where Google is headed as it starts to index posts from TikTok and Instagram.

It drives prospects to your business. 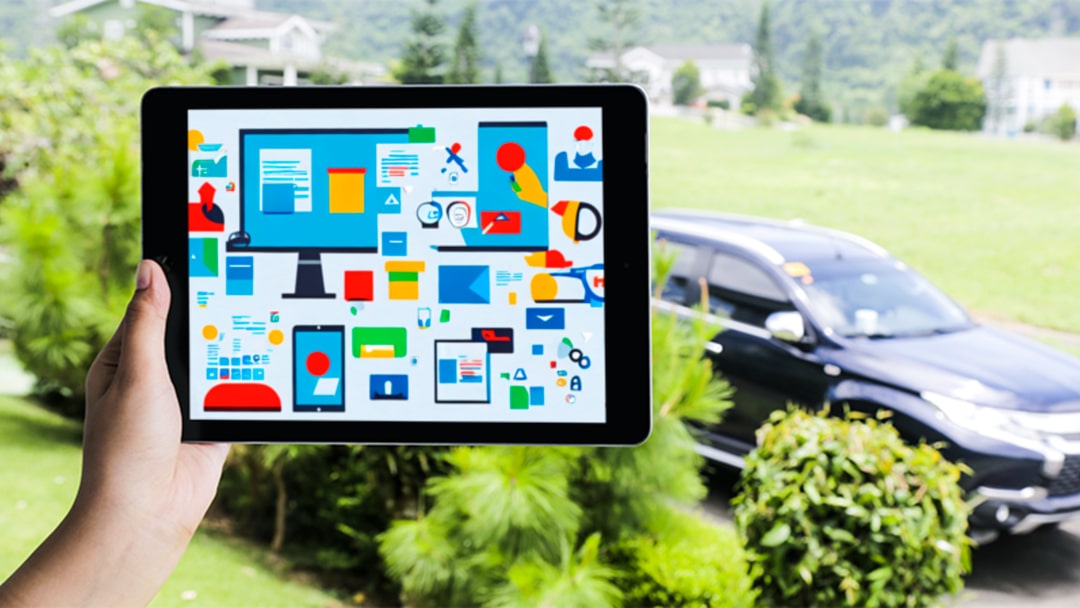 What does Google’s algorithm have to do with you?

It’s easy to act like the changes in Google and social media algorithms don’t affect your views, engagement, and bottom line.

Ignoring one or two algorithm updates, isn’t going hurt your business too much. Google is also a business, after all. If there were too many changes at once, people would stop using the search platform. And, with increased competition, Google can’t afford to annoy its users. But Google is slowly but surely making changes to how its algorithms work.

By integrating social media with Google’s platform, it makes it easier for people to find what they need on Google instead of going “off reservation” to other websites. Google is always improving and coming up with new ways to give its users the best experience possible. In a time when TikTok is trying to be as useful of a search engine as Google, it’s time to start integrating social media.

Businesses that that don’t take social media serious will eventually drop in rankings or risk losing their online visibility altogether.  So, the takeaway for today’s article is investing in social media is the smart move if you want to keep those coveted rankings on Google.  Start indexing your social media posts to ensure you continue to dominate local search!

How to get Google to index your social media posts

So, how can you make sure that Google reads your social media posts? The answer is simple: use the same SEO techniques on your site that you already use.

If you already have a plan for local SEO, use the same methods on your social media accounts. Here’s what it looks like to have good SEO hygiene on social media: 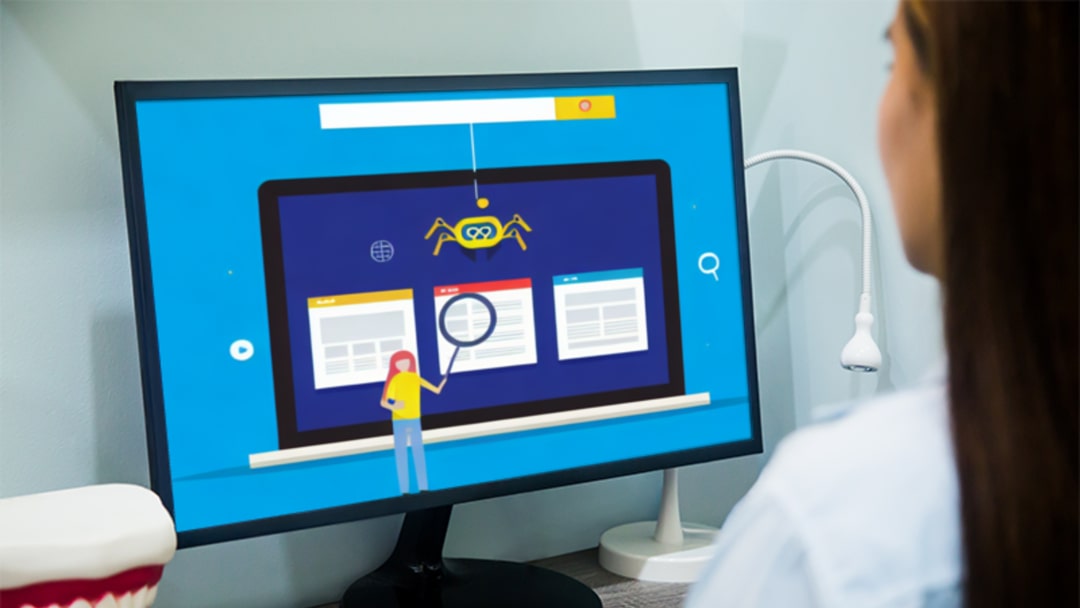 Use hashtags and keywords that are important to your business.

Relevant keywords and hashtags will depend on where your business is and what it does. There are a lot of tools, including the social media platforms themselves, that can help you find relevant hashtags.

You should focus on keywords and hashtags that describe your business and help Google figure out where it is. A vegan bakery in New York City might use the hashtags #nyceats, #nycvegan, and #veganeats, for example.

Use keywords related to your business to find social media posts on Google. Writing captions and posts with lots of keywords will help you rank higher on both Google and the social platform. You can also add keywords and key phrases to the bottom of your post on sites like Instagram. So, you won’t sound like your content was written by an AI.

Make a bio with important details.

Fill out your page’s “about” page with correct, up-to-date information. Be detailed and informative, because the about section shows how you rank for certain keywords.

As always, having the same information about your business all over the internet helps Google classify it correctly. Even if you don’t want to, you should link to your website in your social media bios. So, customers can easily find their way to your website and come to your store more often. Just make sure your website is responsive and works well on phones. 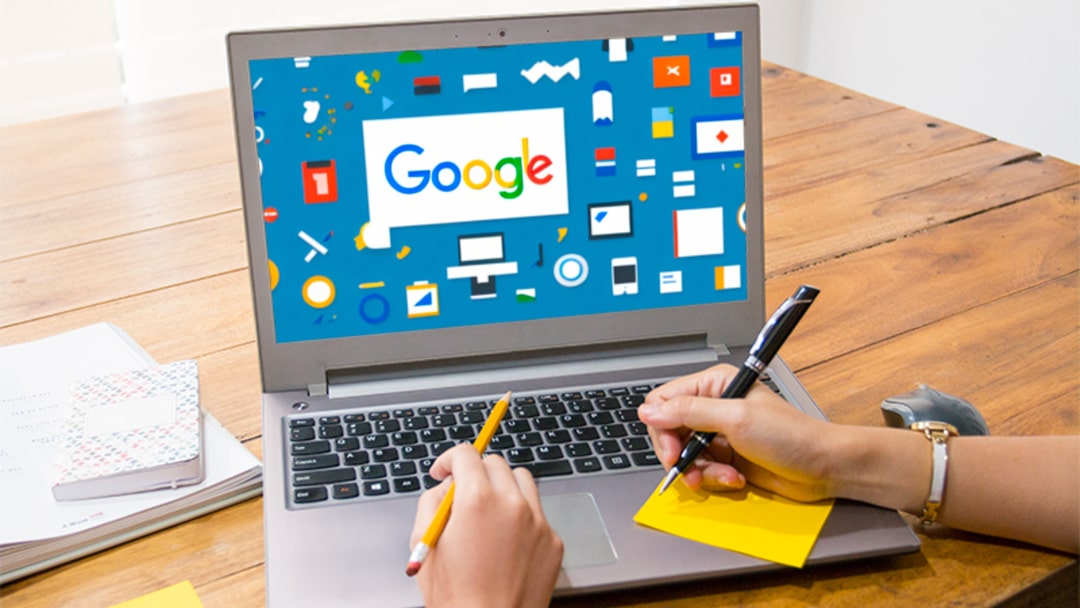 67% of searches don’t need a second click. That means that all a customer sees of your business are snippets of posts, tweets, Google and social media profiles, and your website or listings pages before deciding whether or not to buy from you. Every good piece of content counts, especially when a consumer is just skimming the first page of search results.

A stronger web presence inspires client confidence and reassures them that their satisfaction is your top priority.

In the end, having your social media content indexed by Google will improve your ranking, make your customers happier, and bring in more revenue. 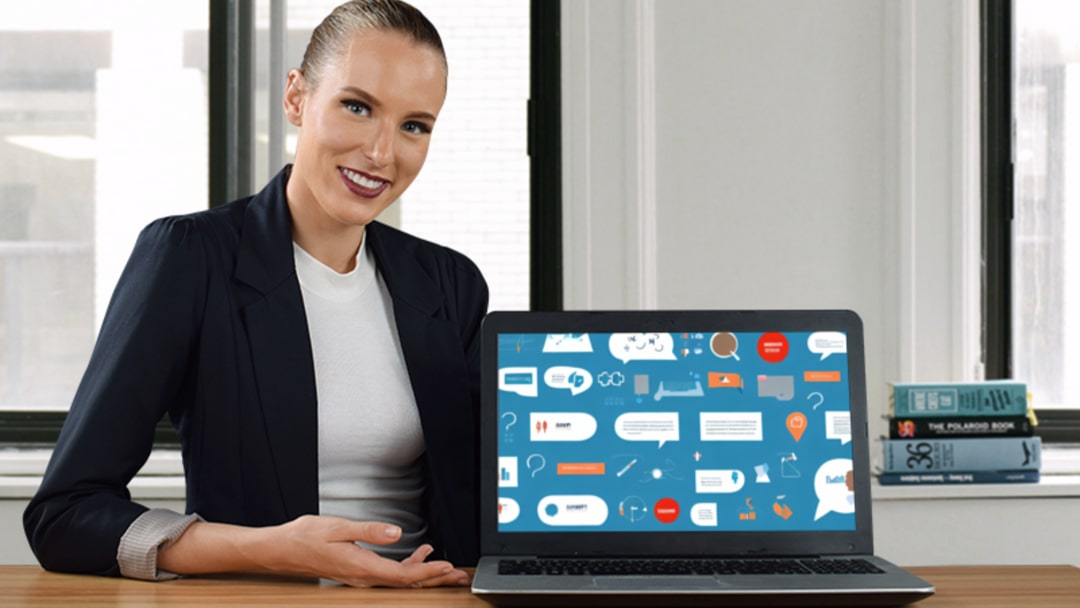 Can social media posts be indexed without being posted to a website?

Social media posts can be indexed by search engines without being posted to a website. This is called “off-page SEO.”

This means that your social media posts can appear higher in search engine results pages (SERP) when people type in relevant keywords.

The benefits of off-page SEO are twofold: first, it can help improve your organic traffic, which is traffic from people who visit your website because they discovered it through search engine results pages; and second, it can help you attract new customers by increasing the visibility of your brand, products or services.

What are some common pitfalls to avoid when optimising social media posts for search engine optimisation?

Social media is a powerful marketing tool that can be used to connect with customers and followers.

However, like any other form of marketing, it’s important to ensure that your social media posts are optimised for search engine visibility and engagement.

Here are some common pitfalls to avoid when optimising your social media posts for SEO:

How do you make sure your social media posts are optimised for search?

As a business, it’s important to make sure your social media posts are optimised for search so that people can find and engage with your content easily.

When posts are well-optimized for search, users will see them first in search results when they’re looking for information about your product or service. This can lead to higher click-through rates (CTRs) and more leads through online ads.

There are a few things you can do to make sure your posts are optimised for search: – Use keyword phrases in your post titles and descriptions – Use specific keywords in the body of your posts – Optimise images for search – Use tags to help users find related posts

What are some tips for optimising my social media posts for better search engine ranking?

It’s no secret that Google is one of the most popular search engines on the internet. In fact, according to comScore, Google accounts for over 90% of all online traffic in Europe.

Social Media SEO: How To Rank On Google (And Beyond) by lightspeed

100 Motivational/Inspirational Facebook and Instagram posts. The ideal way to inspire your followers each day. These also come with a suggested text introduction. You can check them out here.

Some Of My Other Easy Search Engine Optimisation Posts You Can Quickly Profit From:

7 Local SEO Tweaks That Will Increase Your Search Engine Rankings.

Keep ahead of your competitors by keeping up-to-date with the latest small business marketing trends and proven marketing strategies and tactics. 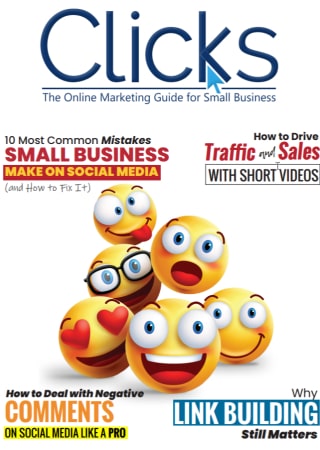 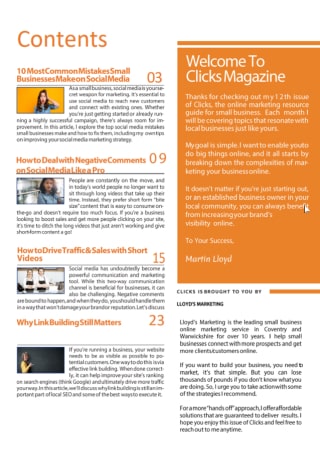 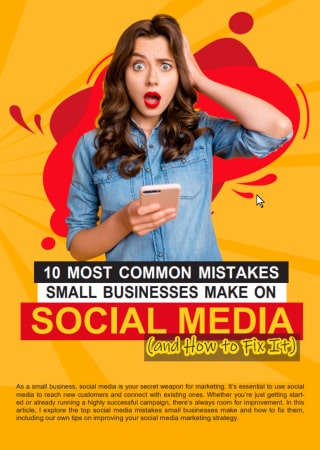 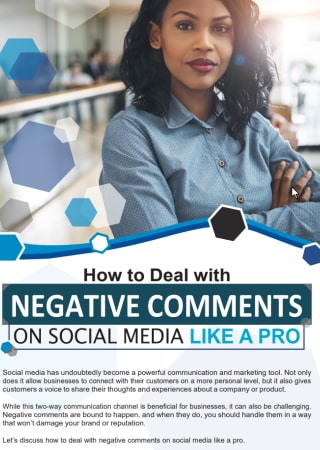 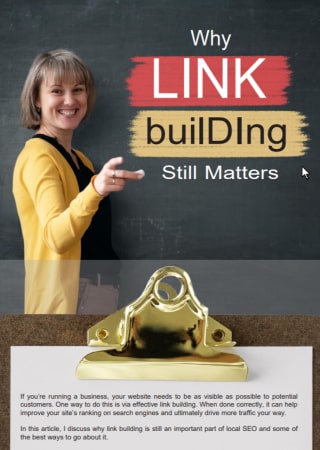 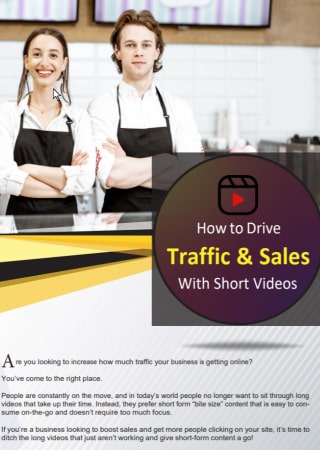 BrightLocal gives you the tools to rank higher, improve your reputation, and generate more traffic and leads from local search. Click here for your free trial

Some of the hyperlinks in this post are affiliate links. This means if you click on them and then purchase the product/service being offered by the website, I will receive a sales commission.

However, by purchasing through my affiliate link you will not pay more for your purchase as if you went directly to the website concerned.

These commissions help me finance the free resources provided on this website and my social media profiles.

Our small business marketing blog will keep you up-to-date on how you can successfully market and promote your business.

We will be posting at least once a week usually on a Wednesday.

Please let us know what you think about our posts by commenting at the bottom of a post.

They will thank you